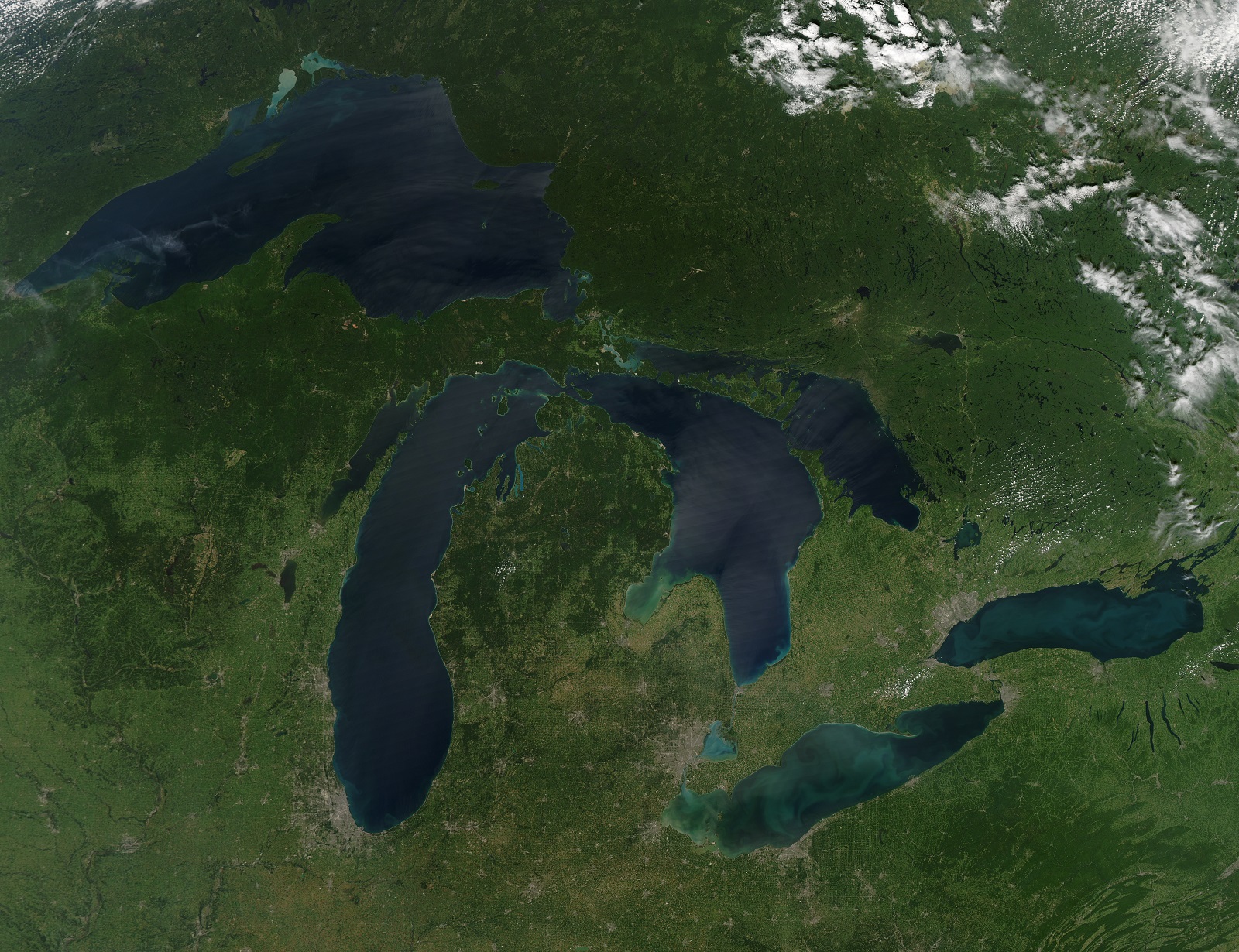 The image was gathered by the Moderate Resolution Imaging Spectroradiometer (MODIS) on NASA’s Aqua satellite at 1:30 p.m. Central Daylight Time (18:30 UTC) on August 28. Open water appears blue or nearly black. The pale blue and green swirls near the coasts are likely caused by algae or phytoplankton blooms, or by calcium carbonate (chalk) from the lake floor. The sweltering summer temperatures have produced an unprecedented bloom of toxic blue-green algae in western Lake Erie, according to the Cleveland Plain Dealer.acquired August 28, 2010 Caption by Mike Carlowicz.

The oldest rocks in Wisconsin are nearly 3 billion years old and the oldest fossils are stromatolites (cyanobacterial mats) dating back to nearly 2.5 billion years ago. Precambrian granites, metavolcanic, and metasedimentary rocks form the basement rocks that support a thick package of Paleozoic sedimentary rocks. In central Illinois, there are more than 15,000 feet of these sedimentary rocks ranging in age from the Cambrian through Pennsyvanian. These rocks record the rise and fall of sea level over geologic time and the life that lived in those seas. After the seas retreated, about 300 million years ago, there is a gap in the rock record with little evidence of the geologic history of the area until the Pleistocene (Ice Age). Deposits of sand, gravel, loess, and glacier landforms record the advance and retreat of glaciers across the area, with the ice sheet making its last appearance about 10,000 years ago.