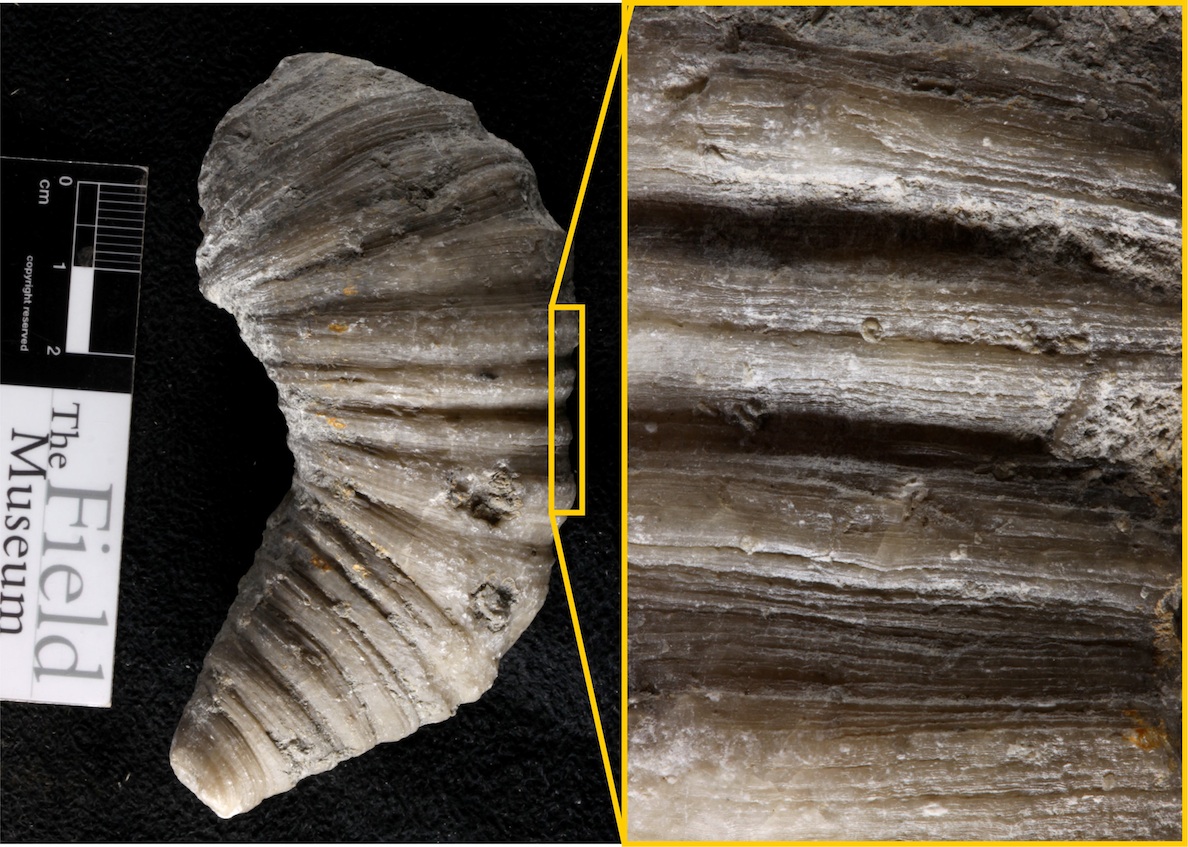 This devonian rugose coral highlights the small ridges that scientist count in order to determine how many days were in a year when this coral was growing.

Scientists since the 1890s have studied how corals grow and have noticed that coral shells or skeletons have irregular ridges or lines that seemed to represent annual growth. Other scientists have notice smaller ridges or growth increments that might represent monthly growth patterns and under a microscope observed even smaller ridges that may be deposited daily through the life of the coral. In 1963 Dr. John Wells from Cornell University published a paper on fossil coral growth lines. He counted the smallest ridges on modern corals and discovered that there were about 360 per year. He then counted these growth lines on fossil corals and discovered that there were about 402 ridges on corals from the Silurian (430 million years ago), and 377 ridges on corals from the Jurassic (180 million years ago). In his paper he implied that the number of days in a year has been reduced over geologic time.

So the idea that comes from counting growth lines on fossil corals is that the length of a day has been increasing over geologic time and the number of days in a year has been decreasing.