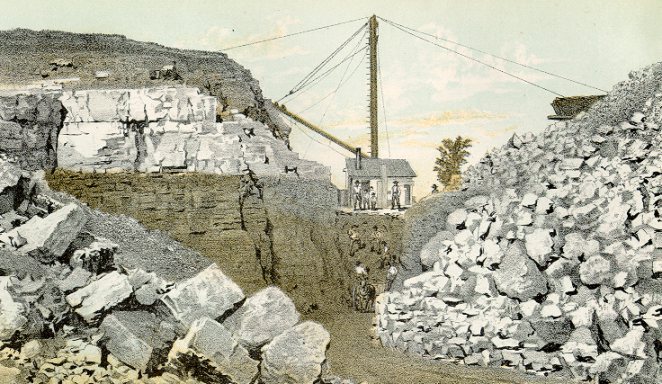 Clear shallow, tropical seas covered the eastern half of the state depositing carbonate mud between 415 - 443 million years ago. In these seas lived a very diverse group of animals including corals, brachiopods, gastropods, bryozoans, bivalves, cephalopods, trilobites, and stromatoporids, all of which can be found as fossils in the Silurian dolomite rocks of eastern Wisconsin. During this time period in Wisconsin stromatoporoids, an extinct type of calcareous sponge, formed large, dome-shaped reefs 60-2000 meters long and 10-100 meters high. These reefs were the first reefs ever described in North America and can still be seen today across Wisconsin and Illinois. The state fossil, the trilobite Calymene celebra, is also found in these rocks.