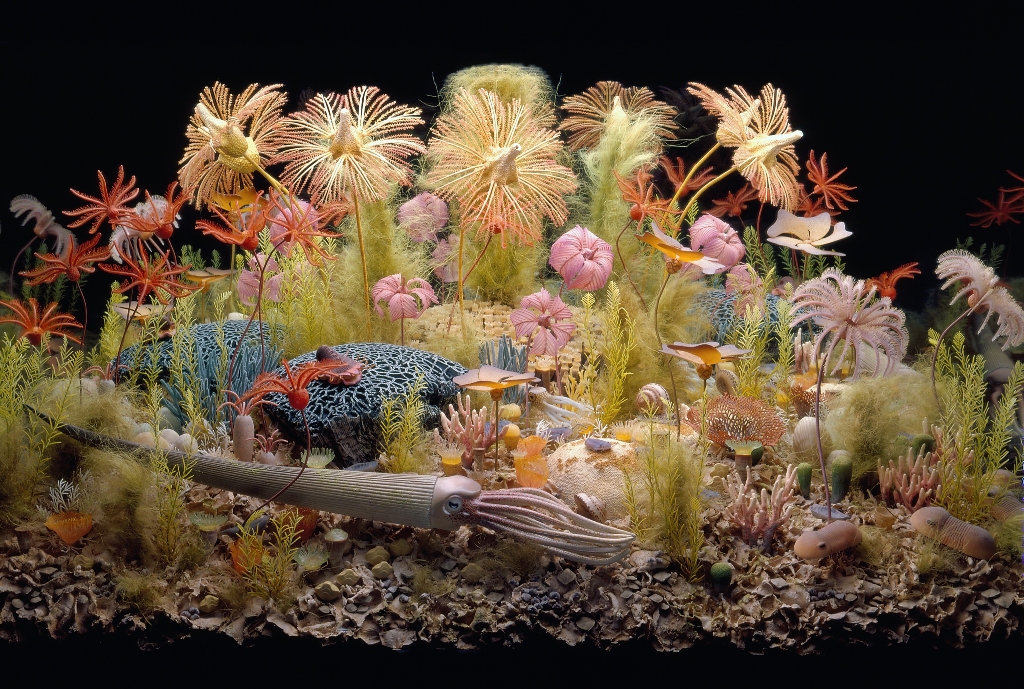 Silurian seas were teaming with life over 800 species have been described from Silurian reefs in Much Wenlock, England and reef structures over 100 meters tall were formed in Illinois. These were the richest biodiversity communities and the largest biological structures the world had produced up until this time.

But life in the seas was different then today. Brachiopods and bryozoans dominated the seafloor whereas today bivales and arthropods dominate. Crinoids and cystoid were the dominate echinoderms, today we sea starfish and echinoids. There were no large marine mammals, sharks, and very few fish most of which did not have jaws. Shelled cephalopods swam the seas as fish swim the seas today.