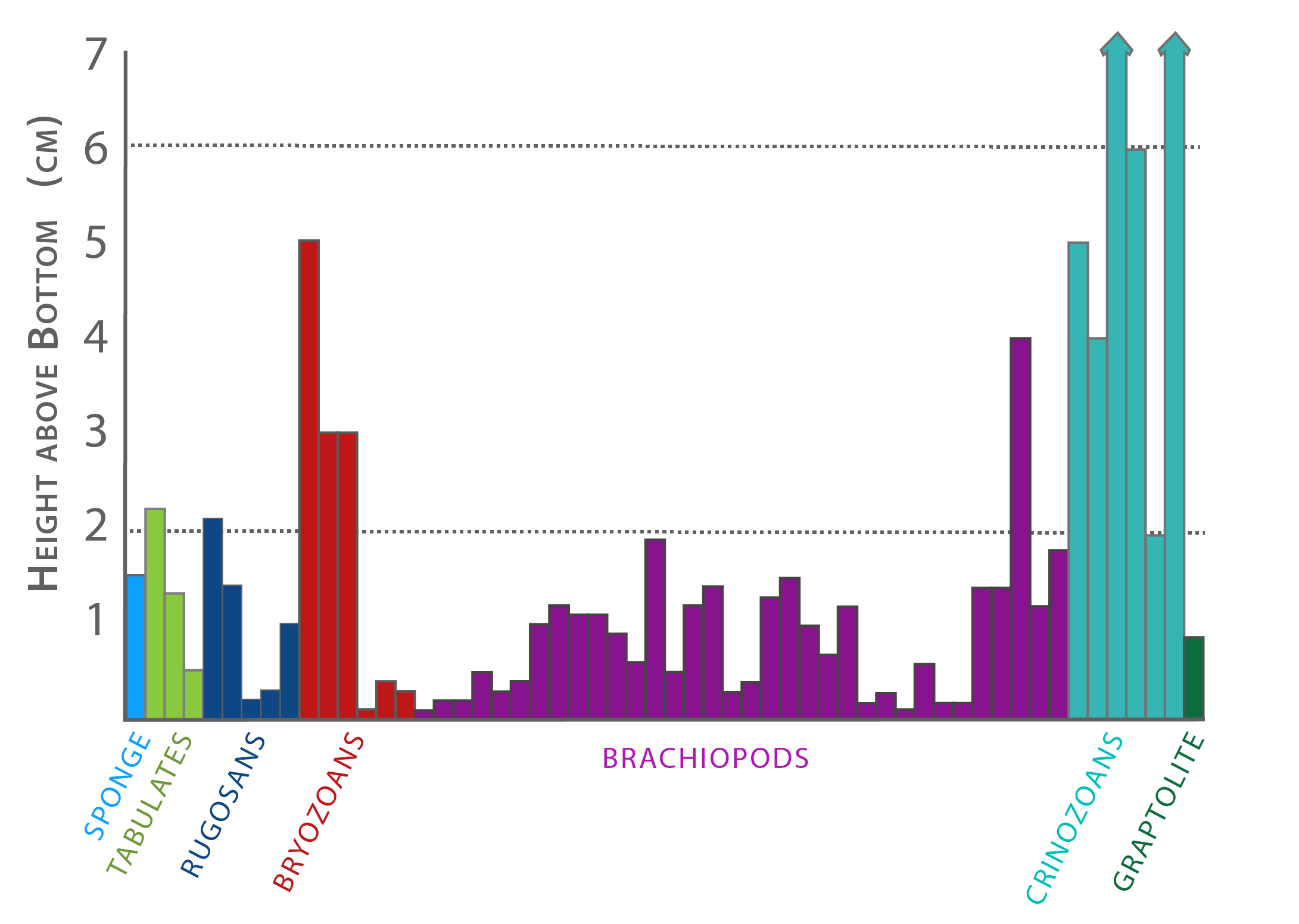 Another way to measure biodiversity is by looking at ecological guilds. Rod Watkins placed the 191 species of Silurian reef organisms into 31 guilds based on Class (taxonomic level), inferred food source and space use. He then divided these guilds into four major groups:
Reef constructors: Organisms that helped build the framework of the reef, includes stromatoporoids and tabulate corals.
Binders: Animals that cemented loose mud and sediment helping to build and strengthen the reef structure, includes some forms of stromatoporoids and bryozoans.
Bafflers: animals whose skeleton acted as a barrier and slowing water currents, includes crinoids, branching tabulate corals and dendritic rugose corals.
Dwellers: the most diverse group of reef organisms they inhabitant the reef, includes brachiopods, bivalves, gastropods, cephalopods, trilobites, echinoderms receptaculitids, sponges, solitary rugose corals, and bryozoans.
Destroyers: This is a fifth major group present in modern day reefs but little evidence is seen of reef destroyers in Silurian reefs, but they may be represented by sponges and polychaete worms that burrowed into stromatoporoid and coral heads.
The reef environment exhibits higher species diversity and higher number of ecological guilds than Silurian level-bottom environments. However, many of the same species found in the reefs are also found in level bottom environments. None of the recognized guilds are unique to Silurian reef environments. Higher diversity in the reef is not a function of specialized reef guilds, but the result of packing more species into the same guilds. “In this regard, the Silurian reef fauna differs fundamentally from that of today and reflects the generally low grade of ecologic complexity of the Paleozoic evolutionary fauna.”